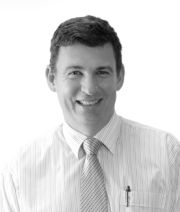 John currently serves Ballina Council in the position of Group Manager Civil Services. In this position John is a member of the Council's Executive Management Team. For the period 2009-2011 John was elected to the position of National President of the Institute of Public Works Australia (IPWEA).

Previously John served two terms as President of the IPWEA NSW Division. John has been an elected director of the Institute since 1999. For the period of 2004 to 2008, he was the inaugural chair of the NSW Local Roads and Transport Directorate. This Directorate is a collaboration between NSW IPWEA, NSW LGSA and the RMS and represents the interests of more than 100 Councils who form its membership. John has recently retired as a Director of the Australian Centre for Excellence in Local Government (ACELG).

John holds a Bachelors Degree Civil Engineering from the University of Sydney, a Masters Degree in Business Administration, a Post Graduate Diploma Local Government Engineering and Management, and is a Graduate of the Australian Institute of Company Directors Diploma. John is currently completing a Bachelor of Laws program.