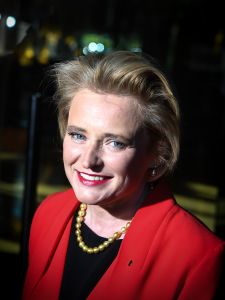 Collette has been working in engineering for over 30 years and worked on projects ranging from major road tunnels and significant rail infrastructure in Victoria, New South Wales and South Australia, new hospitals in Adelaide and Melbourne, and many other road, building, water, wind farm and infrastructure projects around Australia.
As the Civil Construction Manager for Leighton Contractors, Collette was responsible for the delivery of over $800 million of projects in Victoria, South Australia and Tasmania. This meant working in directing teams of people and supporting and assisting people to ensure the project’s success.
This drive to deliver engineering projects came at an early age, ever since Collette travelled to Ireland early in her career and worked pavements on major roads and Dublin Airport. Collette was as a result fiercely motivated to become a construction engineer, building road infrastructure in Australia.

She hopes to encourage many into this sector or retain key expertise to meet our needs for current road and future road infrastructure.